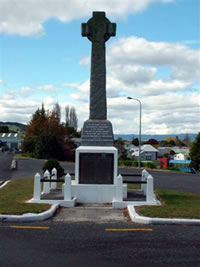 The Taumarunui RSA was formed in 1920 by army veterans who were returning to New Zealand at the end of WW1.

The object of the association was to offer support to their comrades who and in many cases their widows and dependants who were struggling to make ends meet.

The club occupied various buildings, using them as clubrooms and offices for administration purposes, and it was not until 1944 that the club moved into its own clubrooms. These were situated where our present car park is.

At the time the whole of the King Country area was a proclaimed area, and as such it was illegal to buy or sell alcohol within the area.

Alcohol could be purchased outside of the King Country and delivered by rail to individuals, but a declaration had to be attached stating that the buyer was 21 or over and was of European decent.

In 1950 the RSA was granted a charter to sell alcohol to their members under stringent conditions.
Prohibition was finally lifted in 1958.

The association continued to make improvements to 1960 when the members then decided to start fundraising to build a new clubrooms this due to the cost of mandatory regulations, and also the costs of bringing the old club up to the required standard. 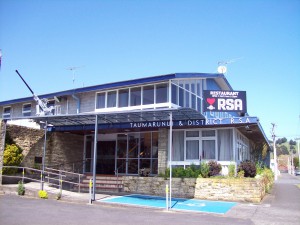 It was decided to build a new clubrooms on the land adjacent to the old club. In 1965 the new clubrooms were opened. In the years ahead, further improvements were made to the club and in 1996 the Victory lounge and Restaurant were opened. With the opening of the restaurant this gave members and their guests access to quality food at affordable prices.

Up until the late eighties, members had to have served in the armed forces, or served in the police or fire service. This all changed when Central Government changed legislation to enable RSA clubs to recruit members who did not meet the previous requirement. At present any person over the age of 18 and of good repute may apply to join. 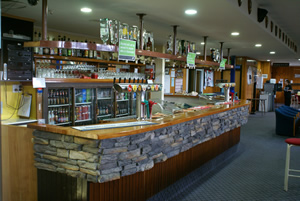 Today, the Taumarunui RSA is a modern, purpose built building that all the members can be proud of.

The ground floor contains a modern comfortable lounge bar, Gaming room and a restaurant. Upstairs is a conference room, kitchen and a large hall.

The upstairs conference room has the aid of a lift for easy access.